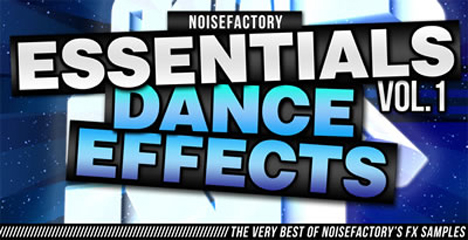 When you’re in the process of producing, often you‘re in need of sounds of a particular category to keep your flow alive. So now, with “Noisefactory Essentials” you don’t have to browse through big libraries anymore to find the most suitable FX Sounds.

We’ve picked the best Uplifters, Downlifters, Impacts, Misc FX and FX Loops and put them in this library. The sounds are categorized in 128 BPM and 130 BPM and most of them perfectly prepared for 4/8/16/32 Bars. As always with Noisefactory, usability is King! 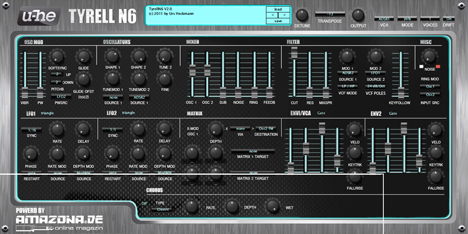 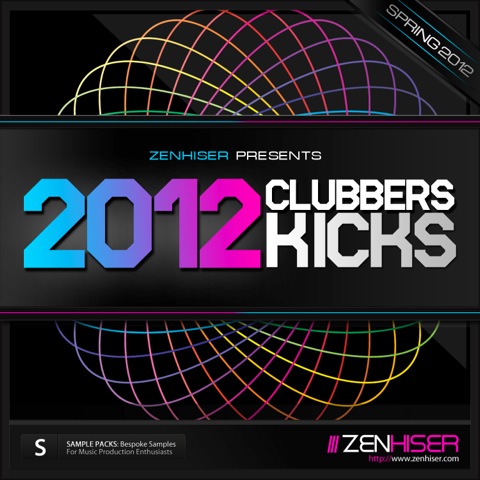 Zenhiser’s back with an incredible array of club kick drums designed specifically to assault all dance floor sound systems.

Designed and crafted in true Zenhiser style these ultra new kick drums have been made for a variety of club styles including house, electro house, dubstep, trance, progressive house, underground techno, techno and more. 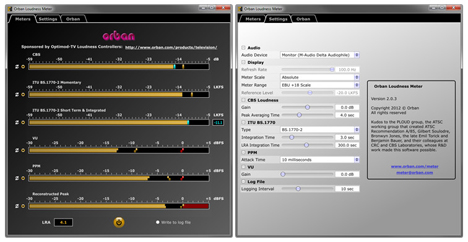 2.0 is a major upgrade that adds extensive new feaatures. The software accepts two-channel stereo inputs and displays instantaneous peaks, VU, PPM, CBS Technology Center loudness, ITU BS.1770-2, EBU R 128 loudness, and Reconstructed 8x Over-Sampled Peaks. All meters include peak-hold functionality that makes the peak indications of the meters easy to see. The VU and PPM meters are split to indicate the left and right channels. The PPM and VU meters also displays the instantaneous peak values of the L and R digital samples. Logging to text files for importing into spreadsheet or graphing software is supported.

Etch’s dual filters let you switch between 4 models for all manner of fat and warm subtractive tone-shaping, with a comb filter type providing mind-bending psychedelic effects.

Additional distortion and compressor stages are provided for beefing up signals, and FXpansion’s TransMod modulation system lets you animate Etch’s circuits over time. Use inter-modulating LFOs, envelopes and more to drive the filter cutoffs, distortion level, compression amount or any other parameters. 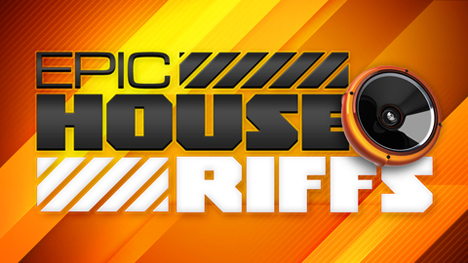 Step on up and get ready for some serious pumping club house featuring groovalicious drums, uber phat bass lines, bouncy chords and soaring melodies brought to you in full by Andre Touhey (MIDI producer for the award winning Classic House Piano and Soulful House Sounds from 5Pin).

Inspired by big names such as Avicii, Swedish House Mafia, Tocadisco, Eric Prydz and Thomas Gold to name just a few, Epic House Riffs delivers a skillful combination of MIDI and Audio Loops, which will put you on course to creating huge dance floor destroyers.

CHARACTER™ intelligently enhances the relevant characteristics found in the source, automatically adjusting complex sets of parameters rather than only statically boosting e.g. one specific frequency region.

This revolutionary approach allows you to get to the desired results much faster – with almost instant gratification, requiring only three intuitive user parameters!

The SPL De-Esser Collection – these plugins KICK S. This plugin collection contains of 2 Analog Code plugins, emulating the best analogue De-Esser available. No other De-Esser gets the job done so easily while keeping the original vocal signal so “untouched”.

While the CLASSIC DE-ESSER is available right away we are finishing the DUAL-BAND DE-ESSER plugin right now and will add it to the installer as a FREE UPGRADE to all existing users by April 1st. 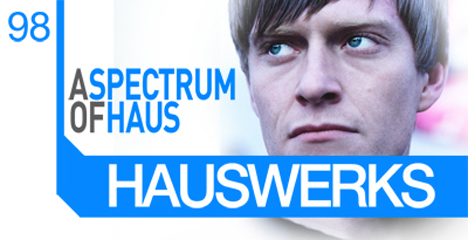 Until 2010 Hauswerks (a.k.a Colin Barratt) has been one of the unsung heroes of Electronic music in the U.K. This ranges from his own productions and remixes to being the engineer behind so many established names, including Mark Knight, The Machine, Filthy Rich, Paul Thomas, Daley Padley, Sonny Wharton, Chris Special, Paul Cooper and many more!

Featuring a huge selection of useable samples for all forms of House – the collection does pay special attention to the more Deep and Tribal areas of House music which are so popular on a worldwide basis at the moment. Also included are a great selection of old school Keys and Synth sounds, calling on inspiration from Berlin to Chicago and featuring Dark and Distorted elements alongside plenty of Drums and Percussion.

The collection weighs in at 760Mb and includes580 samples recorded at 24bit, with 329 Loops between 122 – 126, and 250 One shot samples. Also included are 22 ready to play patches for reason NNXT, Halion, EXS, SFZ and Kontakt compatible soft samplers. Apple Loops, Reason Refill and Ableton Live versions are also available to purchase separately. 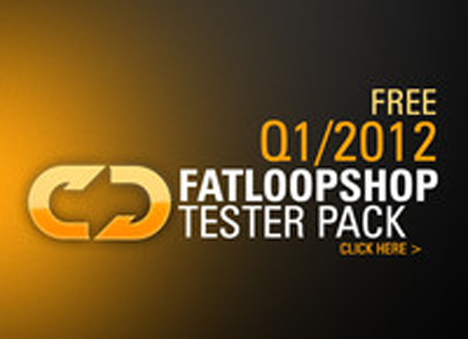 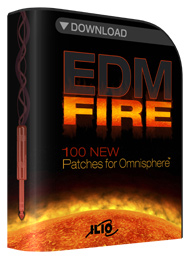 While EDM Fire focuses primarily on Electronic Dance Music styles, they are a great fit for pop, hip-hop, and even film, promo, and television music production. Each patch has been meticulously crafted, pulling from both Omnisphere’s powerful synthesis engine as well as its vast arsenal of included sonic samplings.

EDM Fire focuses on the use of the modulation wheel for fast, sound-altering control. Many patches are also optimized for use with Omnisphere’s The Orb, providing even more real-time control on stage and in the studio. 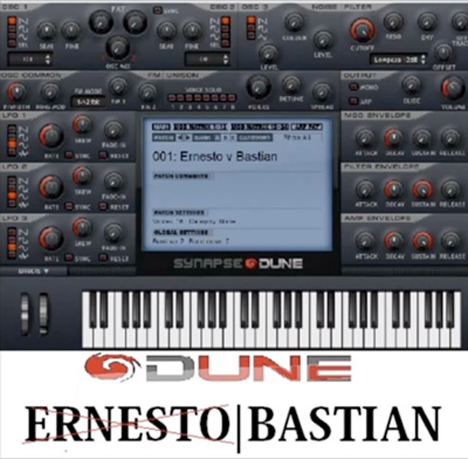 DUNE is an acronym for “Differential Unison Engine”. This new technology takes the well known unison concept to a new level. So we can safely say that Dune vst is a revolutionary breakthrough in synthesizer land
Bastian, studiohead and mastermind behind EvsB, produced clubhits like Killer Tone, Dark side Of The Moon, Thrill & Every Inch A King has again programmed brand new sounds.

Expect bass-sounds, inspirational arpeggiator lines, sharp and edgy leads and so much more. All the 66 sounds are ready and steady for your own tracks
With patch names like: “A Riff Bigger Then Your Mother’s Ass”, “Krachtwerf”, “Eat Your Heart Out Virus”, “Wunderschon Geheimniss” and “The Looper isn’t A Hooker”, you already know that you don’t have to expect the usual bread & butter sounds

The Ernesto Vs Bastian Dune Soundbank è in vendita da Sounds To Sample a 23.95 EUR.c
Pubblicato da Spanck a 14:40 0 commenti 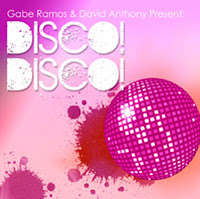 The disco loops are divided into 2 construction kits, allowing you to chop and/or effect every element of the loop to your liking. 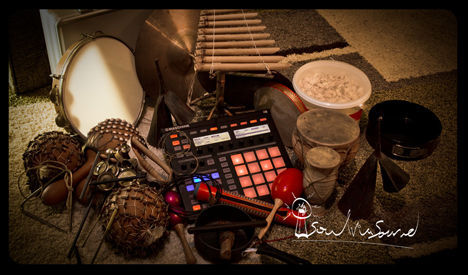 Il sound pack include:
This sound pack can be used used in MASCHINE 1.7, Ableton Live 8.2.7 and Battery 3.2.3 or you can use the samples in your favourite drum maschine. If you don’t know about MASCHINE and never have had the chance of playing it, you should consider testing it or watch the videos on NI web site because it has a really nice work flow. 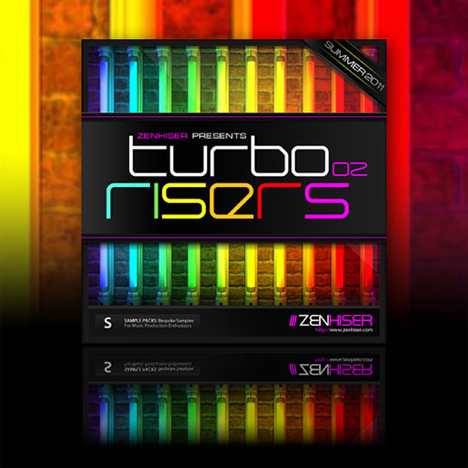 We love our rise fx and fall fx here at Zenhiser and believe a producer can never have enough of these samples, they are absolutely essential to add tension, drive, anticipation and the all important rush to music productions. With this in mind we decided to create a new selection of rises, falls and drops with one thing in mind, Power and Drive! After a few weeks of synthesis manipulation and plug in overload we came up with “Turbo Risers 01 & 02″.

As with all Zenhiser samples and loops our style and quality has developed over the years which has taken us into a more stylised sample pack collection, this has pushed “Turbo Risers” into a brand new sound for our rise and fall fx section. Spanning 200 killer uplifters, downshifters, super fast rise fx shots and incredibly long rise section this is a sample pack that can not be missed. We decided “Turbo Risers” had to be fast, accessible and supply a varied range of sound fx risers, falls and drops at the drop of the hat. Dance Percussion 02 features live performances all recorded at the club-friendly tempo of 128 BPM and is aimed at a variety of dance genres : from House, Techno and Progressive to Electro, Breakbeat or Chill-Out.

Dance Percussion 02 includes Bongos, Congas and Djembe and the rhythmic patterns range from fast paced to tight and groovy. Dance percussion is was built for producers looking for dancefloor bursting percussive elements, organic elements to smooth out grooves and deep impact intros and breakdowns.

Unlimited creativity and unrestricted control over musical ideas is now available for producers of any ability at the click of just a few buttons. Clicksound.net is a first-class online shop for instantly downloadable, professional, affordable, royalty-free, totally customisable MIDI Construction Templates. The site advances a new approach for building a track by giving elemental ideas, inspiration and providing solutions to restrictions that can come with sampling any type of music from Dance right through to Classical.

Clicksound’s MIDI templates are expertly crafted by a select roster of artists who are working and/or releasing records in the music industry. Thanks also to Clicksound’s contacts with and support from manufacturers such as Native Instruments, Rob Papen and Garritan, many templates have been created using popular plug-ins/virtual instruments such as Blade, Massive, Predator and GPO4. Equally, Loopmasters have also supplied many of the sounds used within the Dance templates that are all included in the downloadable product at no extra cost. 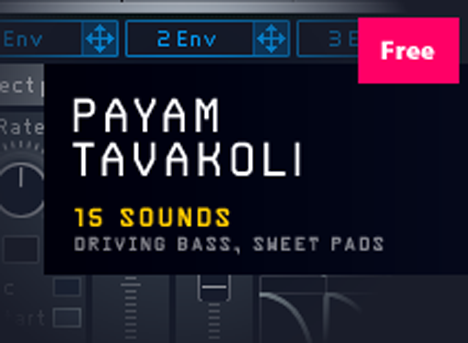 One of our very generous community members has taken the time to put together a very nice set of sounds for all of to download absolutely free!

Payam Tavakoli has really outdone himself with this nice collection of very polished presets for NI Massive. You can get some great use out of these no matter what genre of music your focus on, but as you can hear in the SoundCloud player here there is a nice range of instruments for popular dance styles as they are, without any tweaking. Nice leads, driving bass and sweet pads make up the bulk of this set, and we hope you enjoy putting them to good use as much as we have! 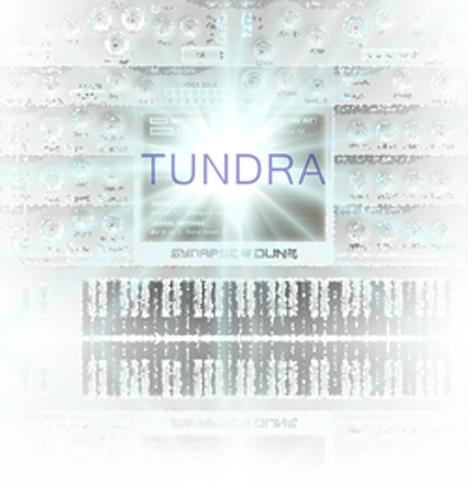 
When the madness of this world drives us to retreat, we can go to the quiet wastelands of the arctic tundra. Here we can be still and listen to the music in our imagination… 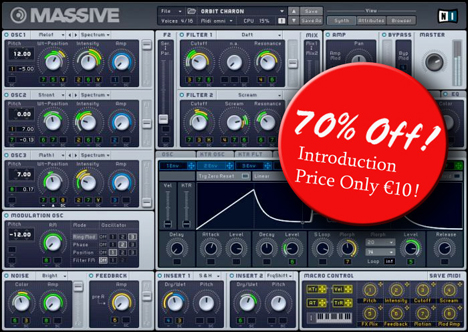 After the huge success of “D’vine Sounds Vol. 1” we had to make a follow up! In this soundset you will find brand new Leads, Wobble Basses, FX, Pads, Polysynths, Plucks, Basses and more!

Inspired by everything from funky vintage leads by Funkadelic, through the awesome airy leads of Avicii, to the screaming dubstep sounds of Skrillex, this is what you need to put yourself on the contemporary dancescene and stay there!

No matter if you are into Dubstep, Pop, Funk, HipHop, Trance or House, this pack of new sounds will get you inspired and help you get the results you are looking for. 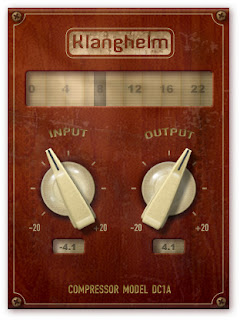 DC1A is the little brother of the compression monster DC8C. I’ve taken one of my favourite settings from DC8C and tried to make it work in a two control context. Soundwise it’s comparable to the PUNCH mode in DC8C. It’s kind of a mixture of classic opto and FET designs.

I’ve always wanted to do a compressor with just an input and output knob, a compressor that just works: gentle, faithful, from almost invisible, smooth leveling to heavy pumping with a nice crunchy saturation and punchy enough to treat drums with.

DC1A looks like a one trick pony. But don’t get fooled by lack of further controls. You may be suprised on how many different material this little thing works. DC1A is heavily program dependent, so is the saturation.

Don’t miss out on this rare opportunity to save 35% on all Sonnox plug-ins and bundles this month. Whether you have your eye on the award winning Pro-Codec or the ultimate Oxford plug-in collection – Sonnox Elite, now is the time to purchase and make great savings. Purchase Now. 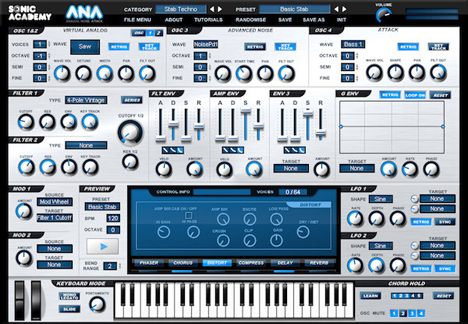 We believe that a great sounding main synth is key to great sounding productions but for too long these type of products have been priced out of reach for most aspiring producers. With ANA we aim to change that!
ANA has been designed from the ground up to create all the sounds you hear in modern and classic electronic music.

It is designed to be extremely user friendly and intuitive. Everything is set out clearly and with a logical flow. In the coming weeks we will continue to support the plugin with tutorials to help you really understand the fundamentals of good sound design and enable you to create sounds you never before thought possible.